It’s a Wednesday night in L.A., and you and a buddy decide you want to play poker. With no home games available and only $150 each to spend, you inevitably wind up in one of those dreaded $40 buy-in, $1/$2 casino cash games, the kind your Mom warned you about. The rake per pot size is ridiculous and the players are mostly awful calling stations who will misplay their way to suck outs and ruin your evening.

But all hope is not lost. There are strategies you can utilize at $1/$2 cash games that will confuse and frustrate your opponents and give you a better chance at walking out with a nice profit at night’s end. Players at this level usually fall into one of two categories: the robotic, loose-weak callers and the hyper-aggressive table bullies. Both types of players will drive you nuts if you let them.

$1/$2 Cash Games with $40 buy-ins and their effective 20 big blind stacks are the equivalent of the later stages of tournaments. Players feel the need to double up quickly and gamble. Nobody is deeply stacked and calling any large raise can put half your chips in play on a single hand. But there is obviously one crucial difference in structure. It’s only $3 an orbit to play and you don’t have the blinds breathing down your neck. So slow down and take your time. There’s no hurry. Get a feel for the table and then adjust your play to exploit your competition by lowering the variance and isolating the weaker players.

In the same manner that one wild player can turn a $1/$2 cash game into a flurry of skill-less coin flips, a solid and methodical player can slow a table down and force other players to get in line. You do this first by being more patient than anyone else and seldom limping. When you do enter a pot, do so 75% of the time by raising no more than 3x the big blind. This accomplishes two things. It puts you in control of the betting by keeping the pot smaller and serves as a blocking bet to discourage maniacs from opening every pot with a raise of ten times the big blind.

These blocker bets are not as transparent as they may seem because you are not playing every hand, and it makes the table respect you as a player with a plan. By keeping your raises small, consistent and relentless, you debilitate and wear players out. Smaller pots are less of an incentive for aggressive opponents to 3-bet with marginal hands because they are risking more chips to win less money. Some may call this an overly-conservative, Phil Hellmuth-style of poker. I prefer calling it Daniel Negreanu poker because your primary goal is to get inside other players’ heads (and hands) and accurately predict whether you are ahead or behind.

Of course, the better players and bigger stacks will eventually sniff out this small-ball strategy and 3-bet back, probably with an ever-widening range of holdings. Unless you are dealt a monster, have no fear of looking weak by folding to these 3-bets. You can’t afford to lose large chunks of your stack by calling more streets when your J-10 suited misses the flop. Wait until these aggro-types get careless and then set one big trap when you finally get the goods. This is where you act as if you’re chasing and tired of being pushed off hands – while you check/call two streets and then jam the river with the nuts, like some hopeless donk with no other choice but to bluff.

Fortunately, there are a ton of grossly mediocre players at $1/$2 tables and you should be pounding these players and raising properly to isolate them heads-up when in position. This is where you accumulate a stack. Horrible players have little concept of position and overvalue their hands. Fancy plays are a waste of time. They make their holdings obvious by continually chasing bad flush draws and sticking around. When facing these loose-weak players, betting to protect your hand will not work because they will call and the pot will continue to inflate. You’ll invest more money at greater variance, risking that your stack will be crippled by some cooler river card. On the plus side, minimizing losses is easier, because you should be able to read 75% of their good hands by the turn.

It is a fallacy that only solid players are intimidated by scary boards. You can semi-bluff bad players plenty as long as you appear to be playing tight and aggressive while freely showing down winning hands when they muck. Mix up your betting patterns and weaker players may grow fatalistic and give up quite easily. When an ace drops on the flop and is checked around, weaker players will often fold to your turn bet in position. They start to believe you have them beat every time. Suddenly you’re getting fold equity and auto-folds. The calling stations have come to the grim realization that they can’t outplay you post-flop and it’s no fun, even embarrassing, to keep calling with the worst hand.

The quality LAG players are another issue. Hopefully, your table draw will be decent enough that you don’t have more than a couple at your game. Let them keep knocking each other around while they trade chips back and forth and drop bills for rebuys till they are tapped out. You are in the zone and just grinding. There is no shame folding small pairs to any large pre-flop raise against these guys. How many streets do you want to pay off while set mining against the odds? Remember the old adage that a bet saved is a bet earned.

Reading body language is one of the most written-about poker subjects, but it cannot be overstated, especially at lazy $1/$2 games. I have been at tables where half the players slump and are ready to muck their cards before the action is anywhere near them. Even better players can exhibit huge tells when they shrug as a scare card hits the board. You should be working hard to keep your motions methodical. Watch the 2014 WSOP Main Event three-handed on YouTube. Study especially Felix Stephensen and Martin Jacobson and observe what genius poker with zero physical tells is all about. 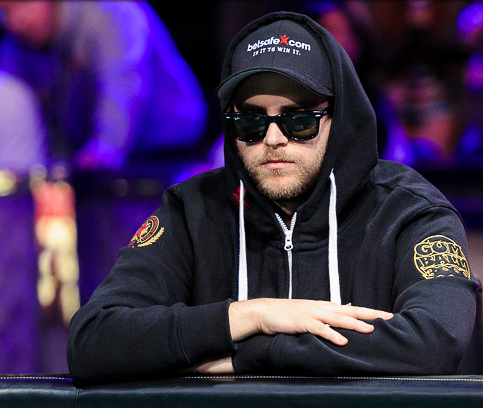 
With sophisticated players you can employ reverse tells. One nice reverse tell is to appear awkward with your chips (easy for me because I learned to play poker online). Act as if you can’t get chips fast enough into the pot and you will look like an obvious amateur who is strong, even when you have no hand.

If you’re on a mini-heater and look down at J-2 offsuit, pick up chips and without looking affected, hold them like you are sincerely trying to calculate what amount won’t be too big a raise. Frequently, opponents will muck their cards before you announce “raise.” When a scary flop of paint falls, stare at it like someone just handed you a thousand dollars. Then fake composure and check. On the turn, put out a small to medium “value bet” and villains will groan and fold with lines like, “Buddy, what did you hit on that flop?” A smaller bet here will often look very strong to a better player who figures if he raises, you may shove. Then, when you do get a giant hand, play it the same way, only this time, jam him if he raises. I have seen players punch the table and knock over their chair and storm off when this happens. (Just avoid them in the parking lot afterward.)

Also be observant of players who are impatient and have already added-on multiple times. Avoid speculative pots with them because they’re looking to gamble and score big or go home. You have spent several hours building your stack from $40 to $200. Don’t let drunks or desperate players bring you down to their level. This is not a tournament. You have 100 big blinds and they are mentally on the ropes. As for the players who appear to be on their last go-around and are short on chips, treat them as you would any short stack tourney player. Don’t get too out of line as they will tend to shove over your routine small-ball raises.

To some readers, these strategies may seem contrary, even nit-like to the Wild West feel of a low buy-in $1/$2 game. But if you truly love the skill aspect of poker and hate the flipping coins part, think hard about playing against the table flow. The fewer the showdowns you see while building a stack, the more you are playing real poker. Try to go for hours without going all-in. Small stakes cash games are not tournaments and there is no pressure to chip up or go home. You have all night. You are a grinder and proud of it.